On 6-8th June, International Motor Vehicle Inspection committee (CITA) annual Conference 2017 was held in the Croatian capital Zagreb. The meeting lasted for three days, more than 400 relevant government officials, standards organizations, inspection organizations and equipment suppliers from more than 50 countries and regions around the world attended the meeting, and COSBER attended the annual meeting and delivered a keynote speech.

COSBER, the first corporate member from China, was invited to attend the annual meeting, and published keynote presentation on China's new regulation in Vehicle Inspection Standard and Implementation of Emission test under load mode.

CITA is one of the world's most authoritative institutions in the field of motor vehicle inspection and has played an important role in driving global vehicle testing technology and standards. China has made remarkable achievements, especially in the field of automatic inspection methods in last some years. As one of the world's innovated provider of vehicle inspection solution, COSBER has demonstrated the advanced technology and has demonstrated the leading position of COSBER in the industry and a good international image.

At this conference, COSBER representatives were interpreted current situation and achievements of new national standard policy (GB18565-2016) and case of implementation of new emission test in China.

Stefan VELKOSKI, General Manager of COSBER GMBH (Germany), is one of the speaker of COSBER, who held a Speech for New regulation of Vehicle Inspection System in China 2017. Extract of his speech is: After 2 years of transitional period, China is implementing in 2017 a series of new and advanced methods for its in use Vehicle Inspection System. Automatic process, IT technology integrated, Strict Operation & Supervision are the key factors promoting this large automobile society to achieve a Modern & High efficiency PTI System. 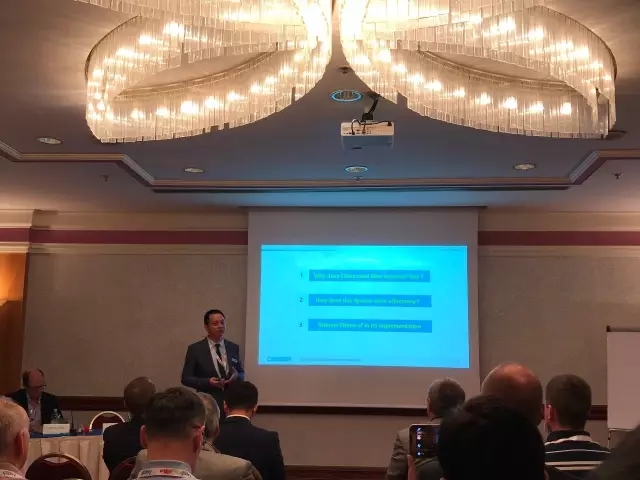 Ken WANG, Sales Director of COSBER China, is one of the speaker of COSBER as well, his speech topic is: Case study of Chinese New Emission test under loadand the Extract of speech is: Anti-pollution from vehicle Emission is a part of National policy in continual Development of China, the largest developing country in the World. Implementation emission test under load Mode (both Gasoline and Diesel) is proved to be an effective way to improvement the air quality. However, there are lots of complexity and characteristics were overcome by Chinese authority & Industrial actors.

For more than a decade, COSBER has witnessed and participated in the achievements and development of motor vehicle testing in China, and the more important is sharing.

China and Germany to create, to stay ahead for COSBER

Another highlight of the CITA annual meeting was the first official appearance of the COSBER Gmbh German company. German team has played an essential part as COSBER has been able to take the leading place of motor vehicle inspection technology in the world. There is no doubt that Germany has the highest recognized Technology & Quality standards in the Industrial. Establishment of COSBER Gmbh is also an important step for COSBER’s International Approach ambition.

COSBER undoubtedly has set up an example of International Vehicles Inspection solution business model, "Start Integration & Global Innovation" explains appropriately the idea of this new model: Integrated of advantage of German & Chinese in term of technology, product and service, and build up an innovated team to achieve success in the global PTI business. The presentation of COSBER’s German-Sino team in CITA conference is one of the key step for company’s international strategy, and COSBER will continually contribute in the global PTI industry to strengthen the Road Safety and Environment Protection in the world.

Prev:COSBER’s Representatives were invited to attend the Seminar on Iran Automotive Inspection

Next:Cosber Admitted as the CMA Member